We are experiencing technical difficulties. Please try again later. Disguised, they work at night in one of the seedier parts of Haven, where Nikolas had set up a false identity as a pawnbroker and fence. Mags poses as his deaf-mute nephew, covertly watching and listening from behind the desk.

He was especially good at the trait that had kept him alive as a child laborer in the gem mine—ferreting out hidden motives. So good, in fact, that Nikolas decides to let him open the shop alone one hot, summer night. New buildings are being constructed to house them all and the overcrowding in the interim means that Mags is given a cosy room in the special stable which houses the Companions not the ordinary horses.

At first, Mags' hard earned caution prevents him from making friends though gradually this changes and he is brought into a kind of inner circle around the King's Own Herald and a set of younger people in Haven, who seek to use his gifts to help keep a watchful eye on those who oppose the Collegium. For not all is sweetness and light, as he suspected.

As this is only volume 1 in what appears to be a fairly long series, it is not surprising that most of the questions about Mags and about other odd events are not answered by the book's end, but that didn't trouble me. I'm sure Mags' origin will eventually turn out to be signficant and he won't actually be the child of bandits but a child they had abducted. I found the writing a little clunky at times and Mags is possibly a little bit too perfect. 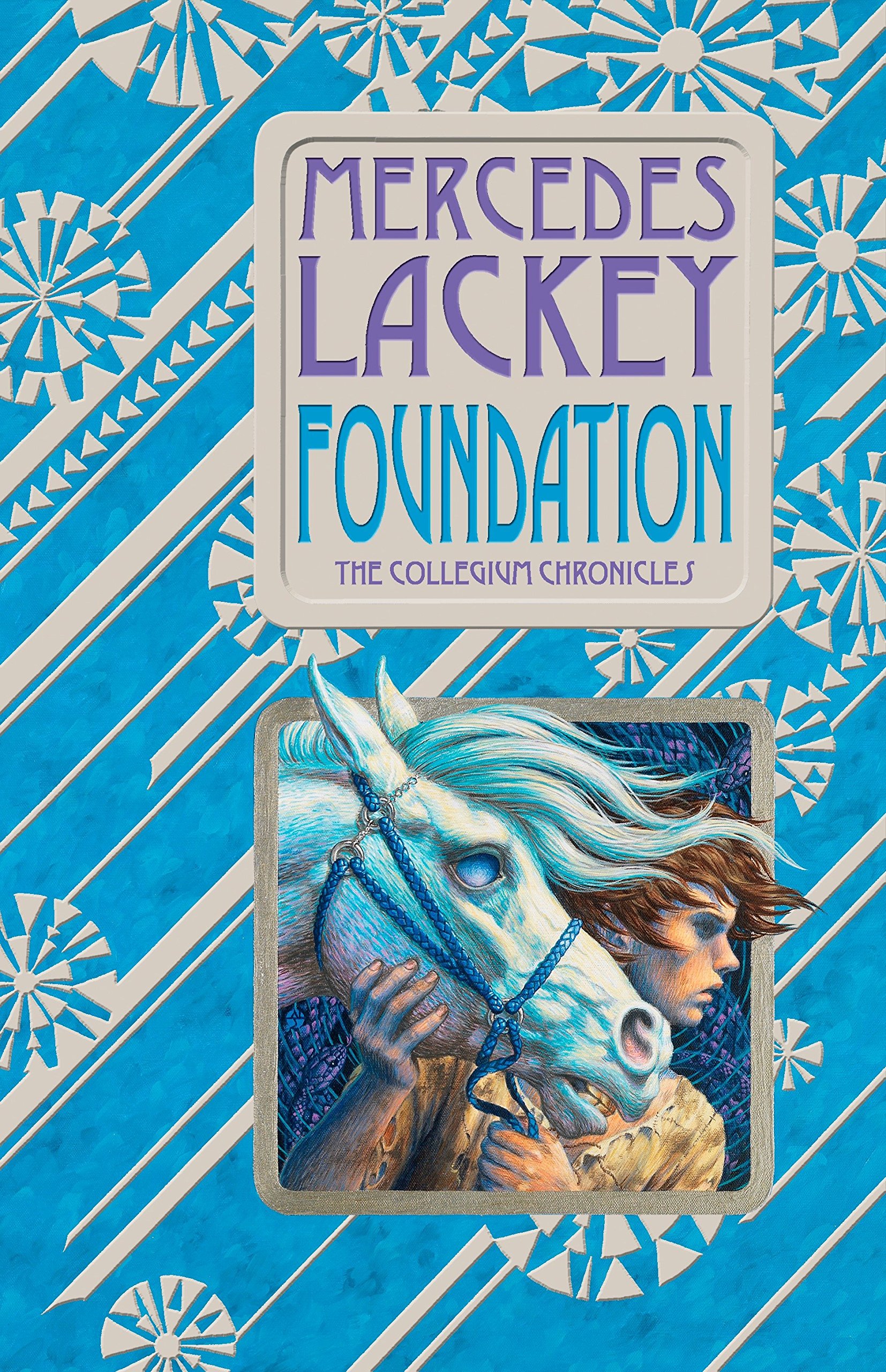 But he is quite an engaging boy with his "uneducated" way of speaking and through him the prejudices of certain individuals are highlighted. The background is also interesting: one reference to Vanje made it clear that this story takes place two or three generations after the "Last Herald Mage" trilogy, and hundreds of years before Arrows of the Queen and similar books. And there was a helpful explanation of exactly what the "eyes" are that magic workers experience watching them - these were a feature of one of the books I read recently, By the Sword , but there was no explanation in that book and I couldn't recall what might have happened in the "Last Herald Mage" trilogy to have caused such a phenomenon.

There is the occasional oddity, such as people enjoying an evening eating fondue, which doesn't appear to fit into the setting, but it was an easy read. I think, despite the odd reference to other people having sexual encounters, that the book is aimed at teen or young adult readership: certainly, there is no romance between Mags and either his female or his male friend. That doesn't affect the enjoyment of what is a simple story of a boy who is developing new skills and confidence and seems to be lined up to be a key player in the future of the Collegium and the Heralds.

So I rate this at a workmanlike 3 stars.

I liked this a lot, but some clunky patches of writing and a little voice in my head relentlessly whispering "this is stupid" mean that I relegate it to 3 stars. May 10, Danica rated it it was ok Shelves: young-me. If you're looking for moral complexity or beautiful prose, you should direct your gaze elsewhere. Mercedes Lackey writes uncomplicated characters, in simple sentences, moving through a world that is entirely black and white. If the protagonist thinks poorly of a character on page seven, by page that character has been revealed as a proud, shallow, child-murdering, power-hungry weasel.

I thought she was a god among writers when I first read 'The Last Herald-Mage' trilogy in early middle school, and I quickly devoured the rest of her novels the moment they came out. I still love the universe she created, and every now and again try and recapture that good old feeling.

Unfortunately, like most past loves, spending time with them again does nothing so much as reveal with ever increasing clarity the reasons you fell out of love with them in the first place. I still love Heralds and wish we all had guiding creatures with the unwavering moral compass of a Companion.

I still like they way she handles mind-magic, and the rules she holds it to. I still love the idea of Bards and Healers and Heralds being incontrovertibly good at what they do. The very simplicity that makes me roll my eyes page after page is also part of what makes these books so attractive, but combined with the weak writing and complete lack of character growth the read ends up feeling like you're eating a cookie covered in frosting and bright sprinkles. It's pretty and colorful and you really want it to be good, but are left disappointed by a treat which reveals itself to be utterly tasteless and unbearably sweet.

I admit what drew me to the book in the first place was the audacity of namimg it "Foundation" a word never used in the story, as far as I can remember , which seemed to deliberately evoke Asimov's like-named series - one of the most famous of all time. I guess it acheived its goal, if goal it was, because I read the silly thing.

And frankly enjoyed it. Again, I'd never read anything by her before so I was as clueless as "Mags" about the concept of Companions, the organization of Valedemar, and etc. As an intro to a world I assume she's written in before, I thought the book did well. I enjoyed the main character's point of view as an outsider, his growth from injured young boy to semi-confident young man, and his growing into his skills and powers.

To be frank, though, not a lot actually Happens in the book, aside from Mags' growth.

There are a few tense incidents, but they're clearly just preliminaries for the big action I presume is planned for future entries in the series. Also, one could complain that Mags grows into his capabilities almost a little Too fast, gets given a little Too much responsibility, etc Lackey's writing style is solid and non-irritating - that is, there are none of the marks of an amateur or overrated professional such as "tell instead of show," too many adjectives or flowery descriptions, etc. As a fairly straight forward escapist fantasy, it was perfectly pleasing - and it never claimed to be the "Great American Novel.

I assume she intends to finish it up trilogy-style, but she used to write books that could stand alone and this one doesn't quite cut it. Also, how many times are we to read the sad tale of the mistreated and abused youth saved by Companian? This has elements of Talia, Lan, and Skif, and Mags doesn't live up to these other characters. One thing I did enjoy was the time period - one we have never seen before, the founding of the Collegium, only three generations after Vanyel.

Early Valdemaran history is always interesting because it informs the later development. Enjoyable, but not her best. Also, when rereading this review I realized what a ridiculous nerd I am. I have read way too much Lackey.


Sep 22, Diana rated it really liked it Shelves: sci-fi-fantasy-read , read-in , read-in , read-in , re-read. Re-read Re-reading now that I have all of the books currently published about Mags. I'm going on a bit of a binge. Wanted a quick fun re-read for the first few weeks of class. Something that is very different from my books for college classes.

Even though the book deals with some tough subjects, it is a good escapist read. I have read this book multiple times. Herald Mags early life struck a chord with me and I loved how his life ended up. This focuses on the time of the building of the Hera Re-read Re-reading now that I have all of the books currently published about Mags.